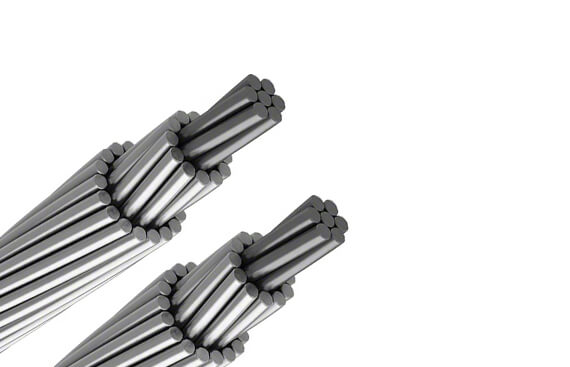 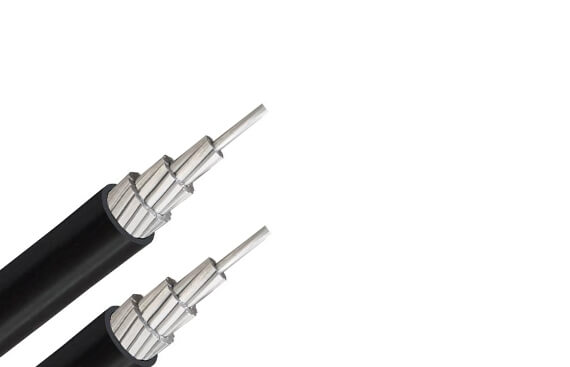 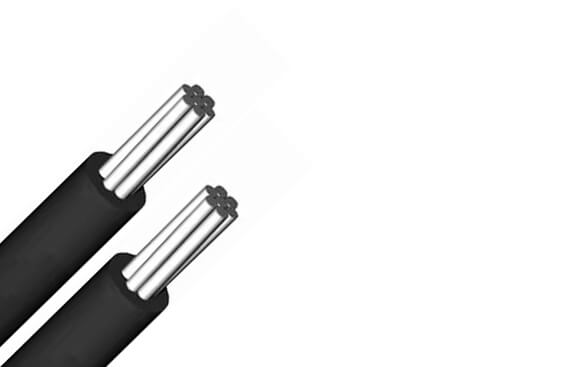 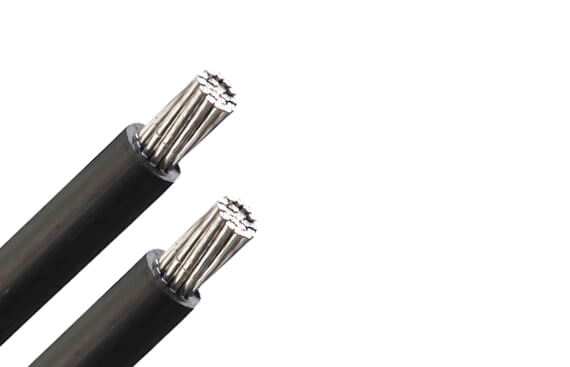 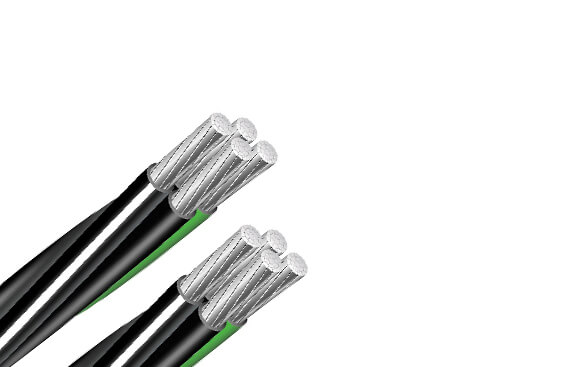 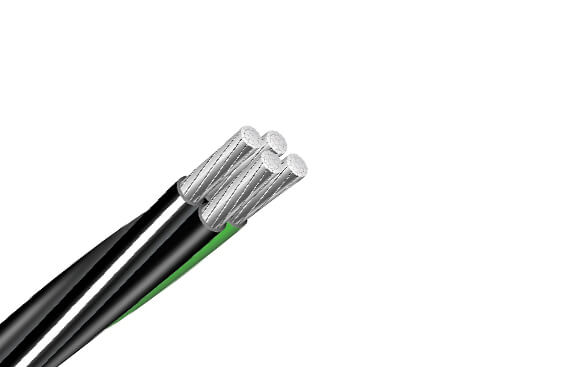 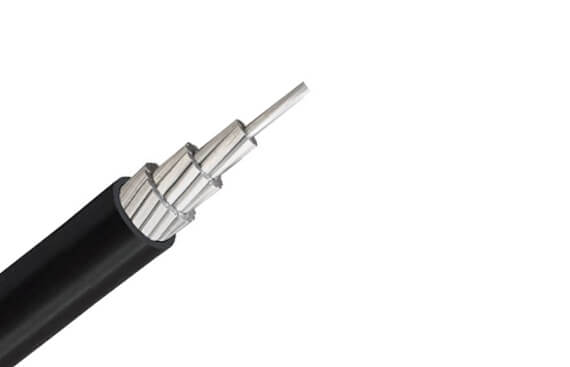 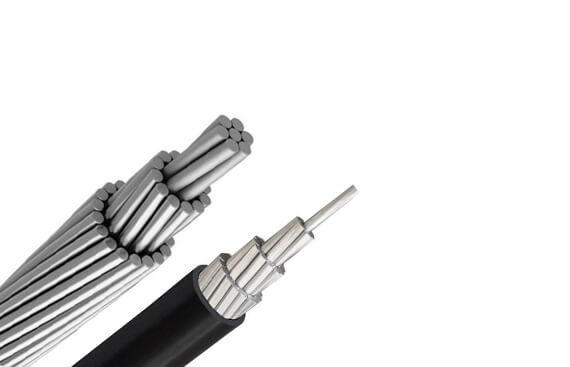 Everything You Need to Know About ACSS Conductors

1.0 What are ACSS conductors?

When it comes to buying conductors, one must understand before buying. The abbreviations ACSS stands for Aluminum Conductor Steel Supported. ACSS is a concentric – lay stranded composite conductor. It is purely a product of galvanized strands and one or more layers of annealed 1350-0 aluminum.

What is a plus about the ACSS and makes most manufacturers choose to use it is because it is applicable in high-temperature environments with no worries of losing mechanical properties. That gives them an advantage over other types of conductors.

2.0 What is the history behind ACSS

Currently, the conductor has found its way in our day-to-day lives. It becomes the first choice when it comes to re-conducting applications, upgrading, increasing rate as well as constructing new lines. The technology of making the conductors also brought the current ACSS/TW to address the issues of the diameter of the conductors.

ACSS and ACSS/TW conductors are economical to use. That explains why, in the US, they are the most common in use. Not only do the conductors allow usual day-to-day ampacity load but also enable emergency rating in cases where we need high capacity power.

What is the benefit of using the conductors over others in the market? Why is it essential for any manufacturer to consider switching to making the conductor, and why is it gaining popularity? The following are the main advantages of the ACSS conductors:

The conductors are used in power lines when they are put to use, they reduce the amount of actual power lost during transmission along the line. What does that lead to in the end? It leads to long transmission lines and fewer infrastructures used to help save power loss.

Talk of convenience. The conductors are ideal since they transfer more energy from the source to the destined user. That means that if we use them for commercial purposes, they generate more revenue due to increased production. A good example is the solutions provided to HPSEB.

They are conducive for use in all weather conditions:

Most conductors are affected by weather changes, especially ice loading. When it comes to ACSS, they are not affected by icy conditions. Good evidence is ACSS transmission lines manufactured by GCC near the American- Canadian border. They have been functioning for over 30 years despite the -30°C temperature conditioning the area.

The ACSS conductors are reliable:

The ACSS conductors are economical:

When we compare the price of the conductor to the savings it brings, it can be termed as the most economical HTLS conductor available. It is possible to recover the cost of purchasing the conductor within a short period of using it.

Customers get what they want:

It always makes customers happy to know that they can get custom designed ACSS conductors from GCI. That makes it convenient for every customer since they can still get a conductor as per what they want and made according to ASTM standards.

As you shall see in the use of the ACSS conductors, they can be used in increasing the rating ampacity of an existing ACSR by being in cooperated with it. That helps in ground clearance as mentioned as per IE-1956 rule 77.

It can handle high temperatures: Unlike the ACSR, which can handle temperatures of less than 100°C, the ACSS can control the temperature as high as 250°C. That means that the conductors come in handy in case of an emergency load.

Lower sag: Conductors are in a way that they don’t sag when in use. That means that they can carry high ampacity without the worry of sagging or any other damage.

Cost friendly, especially in new constructions: When it comes to manufacturing, the only way to make sure those structures last longer is by the use of ACSS conductors. For the fact that they are long-lasting, make sure your structure gets a constant power supply for a more extended period without interruption.

How do you differentiate the conductor from others? How does the ACSS conductor look like in general? By the look on the outside, the ACSS and ACSS/TW conductors are similar to the traditional ACSR. They are made of steel and aluminum strands. It is somewhat hard to notice the difference by just looking at the physical appearance. So, what is the difference between ACSS and ACSR conductors?

The main difference between the two is the making of the aluminum in them. For ACSR, the aluminum in it is hand-drawn, and the ACSS uses soft aluminum which is annealed or ‘O’ temper. When it comes to the ACSS/TW, the aluminum strands are trapezoidal as the name suggests.

The only way to understand and know the ACSS conductors is by looking at the construction, specific details, and features. So, how are the conductors made?

As the definition suggests, the conductor is a non-standardized concentric lay stranded conductor that is made of round 1350-0 wires and coated steel wire or wires as they differ in number. What covers the steel wire, and why is it necessary to do so? The steel wire has a covering of class A coating of zinc -5% aluminum mischmetal alloys.

Together with other classes of coating, they protect the steel wire from corrosion. It also prevents other external damages that may come into contact with the conductor. The steel that makes the ACSS conductor is available in standard, high, extra, and ultra-high strengths as per customer’s’ specifications and preferences.

High current carrying capacity: The main advantage of ACSS conductors is that we can operate them under temperatures of up to 250°C unlike the counterparts, which can only handle temperatures not exceeding 100°C.

Excellent immunity to vibration fatigue: ACSS is the best when it comes to handling the effects of Aeolian vibration, and the reason for this is zero mechanical loads on the aluminum wires.

Durable: The ACSS conductors have been used for many years. The manufacturers guarantee durability when it comes to the conductor sine there are no chances of long-term creep of the conductors. That reduces the overall cost of maintaining the conductors.

4.3 What is the temperature rating of ACSS?

What makes the conductors endure high temperatures? As mentioned above, it is the steel in the conductor. It has a coating of a first type of galvanizing that provides high-temperature endurance performance. The galvanizing coating can be a zinc/aluminum alloy or aluminum-clad steel.

4.4 How high can the operating temperature of ACSS practically goes?

That is a question that most customers ask. It is true, they are excited about the fact that the conductor can withstand temperatures as high as 250° C.

but how high can the temperatures go? Before you test the limit, what we should ask is whether it is advisable to operate an electricals system at that high temperature.

According to the above information, it is clear that too high operating temperatures can cause more damage than good to the conductors and other accessories of the conductors, it, therefore, remains un advisable nor to push temperatures above 250°C.

4.5 What are the best applications ACSS conductor

Manufacturers make the Aluminum Conductor Supported Steel for use in various purposes. Due to their favorable features and characteristics, customers use in the construction of different electrical systems for ease of functioning. The following are the best applications of the ACSS conductors:

Construction of overhead transmission lines: Compared to ACSR, the construction of ACSS cables is quite different in a way that allows continuous operation of high temperatures of up to 250°C without damage. The characteristic comes in handy when transmitting high electrical currents since there is no worry of damage. The fact that ACSS is self-damping and sags less, and in case it does, it does not affect the long term creep of aluminium makes it most appropriate to use when constructing power lines.

Re-conducting: At times, there may be the use of other lines that may affect by Aeolian vibration. The lines can be re-conducted using ACSS to allow high current using the existing clearance and tension.

Mostly, the conductors are in rolls or reels. When it comes to processing and stocking of the coil, standard guideline applies equally in all conductors. We must take particular extra precautions when it comes to ACSS conductors because they tend to be more sensitive than others are. With that in mind, every handler should make sure that that they lift the reel with a forklift or crane.

When it comes to using a bull wheel, only dual drum multi-groove bull heels are most useful for ACSS. The bull wheel is tilted to be appropriately 1 ½ the groove spacing. It means that we must seize the bull heels appropriately and align them properly to prevent scuffing and avoid damaging the conductor.

6.1 How are ACSS and ACSS Different?

6.2 What does self- damping mean in ACSS?

Yes, the ACSS conductor is self- damping. Self-damping is the physical interaction of the aluminum and steel core that allows the conductor to dampen any vibrations and conditions that can damage the power supply.

6.3 What is the main difference between the installation of both ACSS and ACSR?

When it comes to ACSS and ACSR conductors, installation is the same. It is, nevertheless, good to note that if ACSS conductors are not correctly installed, they can cause more considerable damage than the ACSR conductors do. It is, therefore, necessary to have the right information on how to install and handle to conductors. To be on the safer and most convenient side, use a professional when installing to avoid any mistakes.

6.4 What is the least bending radius of ACSS conductors?

Before permanent deformation occurs, the minimum bending radius for both the ACSS and ACSR is 12 times the overall conductor diameter.

6.5 Can You Use ACSS hardware with ACSR conductors?

6.6 Is there a variation in the grip rating when used on ACSS Verses ACSR?

With a lot of specifications and details available in ACSS conductors, it is advisable and wise to get from the best and reputable dealers. SSG is an approved dealer and a known manufacturer of wire and cable products. We specialize in manufacturing bare and insulated copper and aluminum wires. We also manufacture AAAC, ACSR, ACC, ACSS, and medium voltage cables.

Why are our products the best? Our team of experts uses the best raw materials. They give professional input to come up with products that are efficient, cost-effective, and applicable in the day-to-day constructions. We believe in and aim for customer satisfaction, and that is why our products are the best to use.

People all over the globe trust us because we deliver high-quality cables and wires. Our products are safe to handle, easy to maintain and durable. We custom make every product depending on what the customer wants. Contact us and let us know what you want and we will be glad to deliver!